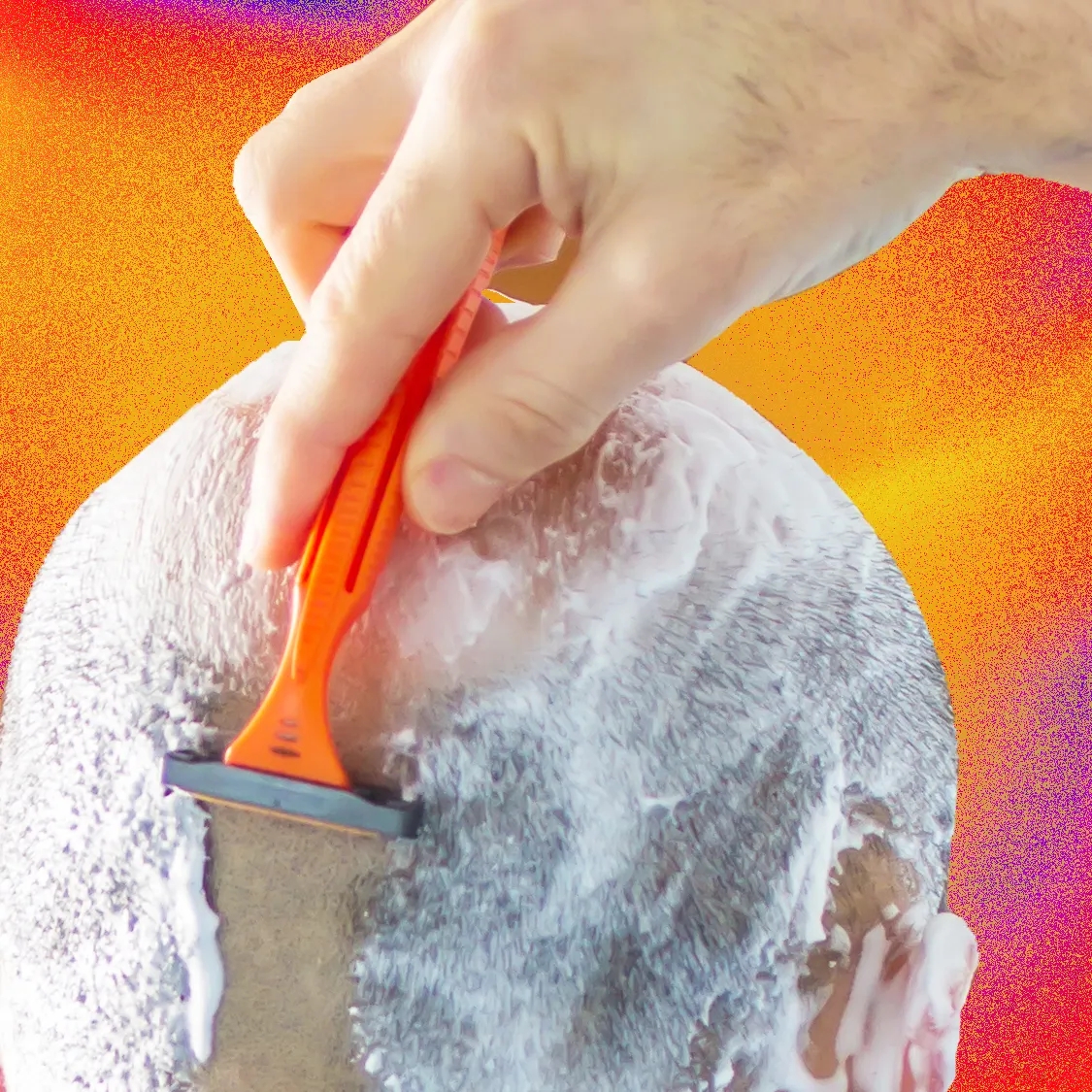 My friend Travis came to the bar Saturday night while I was working. We used to teach together, and for the last few years, he’s been my barber, dropping by the house to cut my hair every couple of weeks.

My hair’s never been a point of pride for me. It’s fine and lifeless and doesn’t take direction well. If I put even the smallest amount of product in it, I look like I swam in the grease trap at Applebee’s. I’ve also had a five-head since middle school, and in recent years, it’s begun retreating north at a steady pace.

Barbers never mattered to me much because whether I paid $10 or $100, the result was the same. But Travis has figured out a way to make me look respectable. The first time he cut my hair, I looked in the mirror and went WOAH. “I could’ve been doing this my whole life?” I said to him.

“Sometimes you just have to find the right guy,” Travis said.

Travis is indeed the right guy for my hair, which is why what he said to me at the bar was so upsetting.

“Hey man,” he said, leaning toward me. “When are you going to cut that off?”

At first I thought he meant my beard, which I’d been growing since November, but then I realized he was pointing to my head.

“You know, when do you think it’s just time to just Bic it and be done?”

My friends have busted my balls about going bald for years, so it’s not like I’m oblivious. I’ve known for some time that inappropriately wearing hats during formal occasions is in my future, but it always felt far away—like retirement, or paying off my college loans.

But when your barber—the one person whose job it is to make your hair look good—says a cue ball is on the horizon, it feels real. It’s like a doctor saying so when do you think you want to cut off that cancerous tumor?

“Ah, I don’t know,” I said, running my fingers through what little mop I had. “It’s not that bad, is it? I have some time left.”

Travis widened his eyes skeptically. “I don’t know man…” He sipped his beer and turned his attention back to the football game on TV. “Yo, can you believe these scrubs made the playoffs?”

For Travis, his suggestion I shave my head and live the rest of my life as a bald man was an innocuous comment made during a commercial break, but it left me standing at a crossroads.

Is every person I talk to looking at my wasteland of a haircut and pitying me? Do they all know I should’ve cut it off years ago?

And furthermore, how do you make such a jarring transition? I have plenty of bald friends, but I didn’t know any of them when they had hair.

A better source of advice might be my friends who’ve gotten breast implants. It takes a lot of guts to leave work on Friday with tangerines under your shirt and come back on Monday with cantaloupes.

I’m rational enough to realize nobody would care as much as I think they would, but it still feels like a monumental decision I’m not yet ready to make. For now, I think I’ll follow the advice of Jon Bon Jovi and hold on to what I’ve got.

One thought on “Into Thin Hair”